Organised and arranged by Vera McGee, Lucy Battle & Karen Dyson, club members were invited to join them, bringing their own picnics and suitable beverages to toast the Queen. Blessed with a warm sunny day, 48 club members including families and friends celebrated in style, surrounded by buntings, flags, festive balloons and a present of souvenir keyrings for all those taking part.
A great day was enjoyed by all, including a pairs bowling competition run by Cath and Len Adams throughout the day in a round robin format designed to ensure that everyone was able to participate in full. At the end of the day the Event Organiser, Vera McGee, and Club Chairman, Brian Kneale, presented prizes to the winners of the competition, the overall winners being Barbara Jack & Ged Walmsley and, just to keep the prizes in the family, the runners up were Tina Walmsley and Roger Lewis. A special prize for the lowest score was presented to Lynda Kneale and Kevan Priestner.
The final event of the day was a whisky roll when members were invited to roll one bowl, left-handed, towards a virtual bottle of whiskey in the centre of the green. The nearest bowl was sent by a welcome visitor who had never actually bowled a wood in his life and was delighted to be taking home a bottle of whisky as a memento of the day.
A raffle, run in support of Queenscourt Hospice, the chosen charity of our lady members, raised the magnificent sum of £140 which included a single donation of £50 received on the day.
Thanks are due to all those who took part and contributed to the carnival atmosphere and in particular thanks to the organisers and the many members who assisted on the day and making it, without doubt, a day to remember.
Len Adams 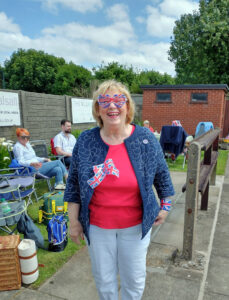 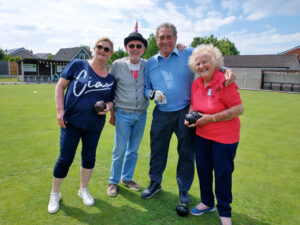 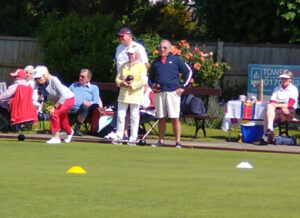 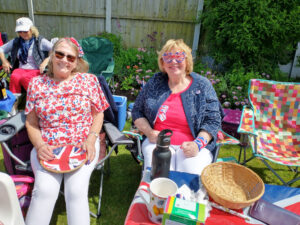 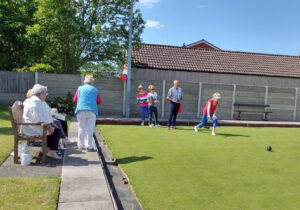 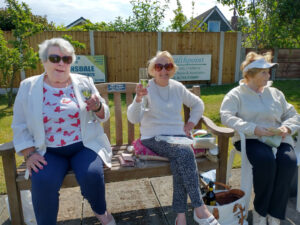 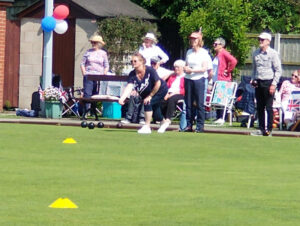 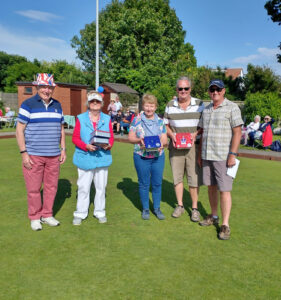 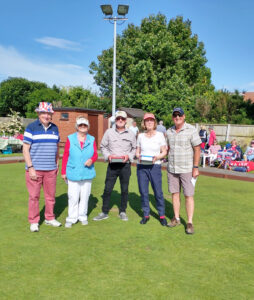 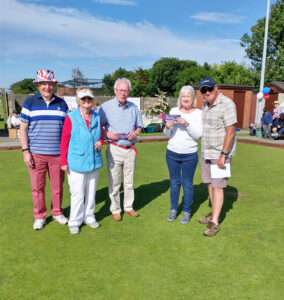 No Replies to "PLATINUM JUBILEE CELEBRATIONS"

Got something to say? Cancel reply